Aristotle said there are three kinds of friendships: those based on utility, those based on pleasure, and those based on a shared commitment to the good—wisdom and other moral virtues. Most of our friendships fall into the first two categories. Aristotle tells us that rare are those friendships truly grounded in a mutual pursuit of virtue. So I consider myself blessed to have had several of these friends. Humanly speaking, they are the principal reason I display any virtue or wisdom myself. Such friends are absolute treasures, benefitting us not only here but for all eternity. Because the joy and blessings they bring are so immense, losing them is especially difficult. Last week I lost such a friend—Ben Arbour, as he and his wife, Meg, perished in a car accident near their home in Fort Worth, Texas.

It was nine years ago that Ben introduced himself to me at a meeting of the Evangelical Theological Society. I was instantly struck by his exuberance, wit, and sharp critical mind. “You and I have a lot in common and we need to get to know each other,” he declared. Thus commenced our friendship, which he initially characterized as a mentoring relationship. But the truth is that I learned more from Ben than I ever taught him. 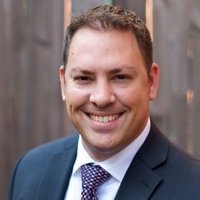 conversations often pertained to some philosophical point, whether concerning the metaphysics of God and time, the ethics of human sexuality, or a practical implication of Berkeleyan idealism, but just as often his concerns were theological, ecclesial, or pastoral in nature.

I was just one person on Ben’s list of regular interlocutors. His philosophical-theological motor never turned off, seemingly even while he was at work, appropriately enough, as finance manager at Sewell Automotive. And sometimes he would begin these phone conversations by saying, “Jim, I have some great news.” To which I’d reply, “Yeah, what?” Then he would declare, “Jesus has risen from the dead, our sins are forgiven, and we will live forever with him for all eternity. Isn’t that great?” Indeed. And this reminder would suitably frame the discussion, debate, or goofy banter that would follow, just as Ben’s entire life was framed. He was a pure Gospel man.

Ben was also a multitrack thinker, known among his friends and colleagues for playing video games on his iPhone while attending highly technical conference presentations. The first time I witnessed this, I figured Ben was simply fatigued and had tuned out of the presentation. But when the speaker was finished and invited questions from the audience, Ben immediately piped up with the several apposite and incisive comments. This was typical for Ben, as I would eventually discover. It was also Ben’s routine, when especially intrigued or unsatisfied with the presenters’ responses to his questions, to pursue the discussion with the speaker outside of the conference room. And on at least two occasions he followed the presenters into the bathroom while doing so. I am thinking specifically of Robert Audi and Nicholas Wolterstorff, who, I am sure, handled Ben’s indefatigable questioning with grace and good humor.

Another fundamental aspect of Ben’s personality was his love for people, especially fellow Christians. He had a voracious appetite for fellowship, which always included rich conversation, clever wit, and good food. Ben was expert at two of these, and he tried to be a decent chef. I can’t say he always succeeded. But he did try. Thankfully, Meg more than made up for whatever Ben lacked in cooking skills. 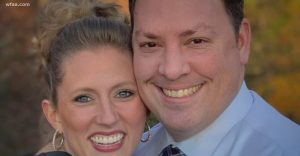 Ben was also a sports fan, especially, and rather determinedly, of baseball. He frequently made known his conviction that baseball is the best of all sports (a conviction I share, so the matter occasioned no debate between us). Though seemingly trivial, somehow even this conviction of Ben’s was theological, and this carried through even to his rooting interests. For example, in the most recent World Series Ben pulled intensely for Los Angeles just because he was aware that Dodgers pitcher Clayton Kershaw is a committed Christian.

Ben was a great family man—a dedicated husband and father, and it was a joy to see him interact with his four sweet kids. In my last visit with the Arbours two weeks ago, I was struck by Ben’s tender, Socratic interaction with his youngest son, Noah, about some theological point. Ben’s fatherly care, his readiness to help Meg around the house, and the whole Arbour family dynamic of hospitality were a tangible testament to the man’s humility and genuine servant heart. “Mi casa es su casa,” Ben would say. And he meant it literally. The Arbour house constantly buzzed with guests, all of whom seemed to be special friends. One of Ben’s greatest pleasures was connecting his friends with one another. This was not merely some extrovert compulsion or professional networking but a ministry of catalyzing koinonia. It was a spiritual gift that easily surpassed that of the most socially inclined pastors I have known. Almost unconsciously effected, it was borne out of Ben’s boyish joy in the people of God.

Many a devout Christian talks a good game when it comes to intentionally and compellingly integrating the Gospel of Christ into every aspect of their life. Ben Arbour actually did this—to the delight of many and to the annoyance of some but to the benefit of everyone. Those who were close to Ben know how he was always encouraging, even when offering critical push back. Our final conversation two days before he died provides a good case in point. I had shared with Ben the possibility that I might take a teaching job at a school in Asia, which would require my being away from my family sixteen weeks each year. Rather than bluntly asserting that this was a bad idea, Ben simply said, “I don’t think I could handle being away from my wife that long. But maybe I’m just weak in that way.” This humble way of registering his reservations was particularly impactful. And it vividly illustrates the beauty of Ben Arbour as a third-level Aristotelian friend and faithful Christian brother

At this point I am still in the stage of grief that sometimes lingers in outright disbelief. It seems impossible that Ben is really gone. Eventually it will sink in, and I will grow accustomed to the fact that this world is no longer graced by his presence. In the meantime, I consciously remind myself of what Ben repeatedly reminded me: Jesus Christ has risen from the dead, our sins are forgiven, and we will live forever with him for all eternity. Crushing as it is for those of us who love them, Ben and Meg have together begun the next phase of their everlasting lives with Christ. Even now I can hear Ben’s voice: “Isn’t that great?” Yes, Ben. It surely is.